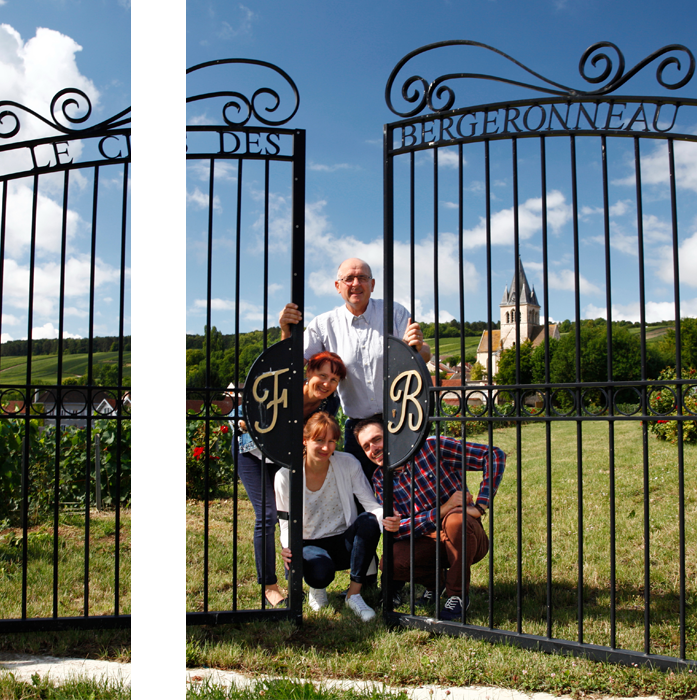 It all began in Ville Dommange, when François, Florent Bergeronneau’s father, discovered the profession while staying with his grandmother Adèle Savant, vinegrower.He fell in love with this village and with viticulture, trained at the Viticultural College of Avize, and with his wife Pierrette, founded a family of three children, Frank, Carole and Florent. He rented and then bought small plots and transmitted his know-how to his children, in particular to his son Florent.

Born in 1963, Florent Bergeronneau was prompted by his father François’s advice and ambi¬tion. He very soon helped his parents in the vineyards and attended an alternating training course at the Gionges Training Centre. When he was 18, his parents offered him a small plot and he was thus able to start, initially as a wine co-op, without losing sight of his goal, which was to become independent. As a lover of the vine, he worked with desire, force and passion.

Later, he met Véronique Marion, a native of Trigny. She was also a vintner’s daughter, and attended a course at Avize Viticultural College. Naturally they grouped their domains to¬gether, thus doubling their surface, and united their mutual desire to produce an elegant and original champagne, which was to be the reflection of their respective passions and heritage.

Their domain grew as they progressed, and their objectives were achieved when they started their own vinification, with the purchase of a wine press and the birth of their various cuvee. Finally, thanks to their ambition and to their very special care, they created the Clos des Bergeronneau, a world apart, to be discovered without delay.

On the family side, their wishes also came true. The birth of Virginie, their elder daughter, and their son Fabien, filled them with joy and reinforced the soundness and continuity of their enterprise. Both were able to communicate their love of the profession and their wish to succeed .

Virginie, after obtaining her scientific baccalaureat, attended a BTS course near Macon at a viticultural college. She learned the profession thanks to training periods in the prestigious Beaujolais and Côte-Rôtie Houses .
Fabien also learned the profession thanks to a vocational Vine and Wine baccalaureat , alter¬nating with a course at the Gionges vocational training centre. Various training periods , no¬tably in Alsace and in his uncle’s vineyards, helped him to improve his skills. 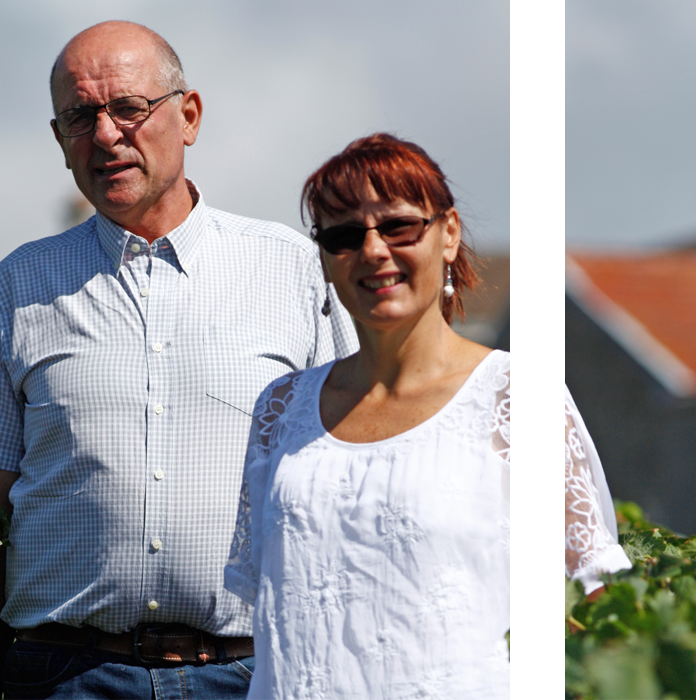